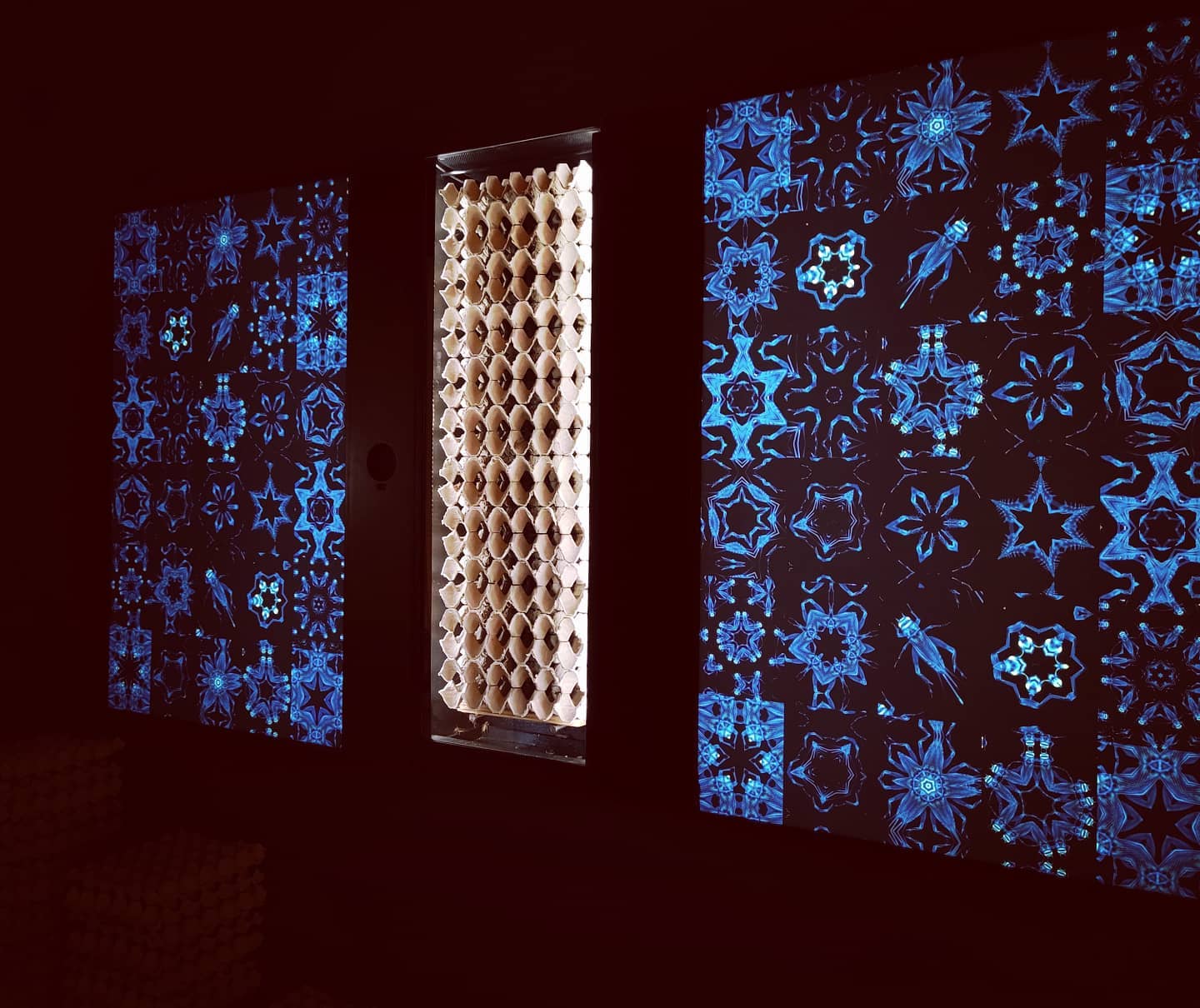 'Transversal Is a Loop' is a fifty-minute long sound composition by Saša Spačal, in which she, together and in dialogue with the crickets Acheta domesticus, delves into how to think music, sound manipulation and composition. The process of making this recording rests on Saša’s years-long research into biological systems through art and science methodologies and physical manifestations in the form of objects and spatial interventions. Her work is thus inextricably linked to critical reflection on the human relation to and impact on biological ecosystems on a planetary, microscopic and energetic level. The entanglement of humans and crickets in this sound work aims to underline the trajectory of a journey, which–after going through several cycles, inter-species feedback loops and considerations of how to survive as a species–ends up, through commodification, at the starting point. The aim is to help crickets be heard in various sonic situations on the plane of biological habitat, as well as giving them surrogate voices and sounds on the other two planes by providing them with audio inputs and samplers connected to analogue and modular synthesizers with an intention of making them the co-creators of soundscapes.

We were thrilled to see Saša's work enhanced with Minirigs. The Minirigs are used as part of the 'Living Object' exhibition at Mestna Galerija in Slovenia, where they play the loop created by Saša alongside the cricket farm. The crickets are used alongside analogue and modular synthesizers to create the sound. We love to see Minirigs used alongside sonic and visual art. Have you used your Minirigs in this way? Let us know!

You can see more details about the Living Object Exhibition here.

And an in-depth description of Sasa's vision behind 'Transversal is a Loop' here.